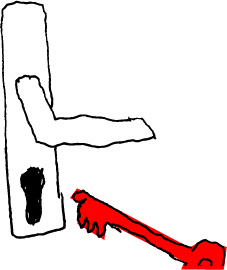 Many people have told us that the Urban Action Network is a great idea – thank you very much!

But often they ask: Why should anyone bother about creating a platform for urban actors online and offline. Why create and curate a space in the real world? Wouldn’t it be more effective to programme only an online platform?

The short answer is: No! Virtual tools, platforms and applications for civic and political engagement are currently popping up everywhere and they have quite a few advantages and benefits. But they cannot – never ever! – substitute encounters of real people in real spaces in the real world.

While this is quite an obvious statement, it is often forgotten or underestimated. Therefore we have tried to explain it in some more detail in the following short essay:

In recent years, many new apps and web-platforms for local citizen participation have appeared on the internet. They are either programmed and promoted by independent civil-society actors or published by municipal governments. Their general intention is to “empower” citizens and to give them new opportunities of participating and engaging in local affairs. Their specific functions differ from case to case. While some platforms offer in-depth information on political representatives and municipal development plans, others give citizens the opportunity to report infrastructural deficits or even to propose future projects for their city. Furthermore, an analysis of these platforms and programs shows that they have very different answers to questions such as: How many people use the platform?, Who is in control over the content?, How binding are decisions that are taken via the platform? Etc. 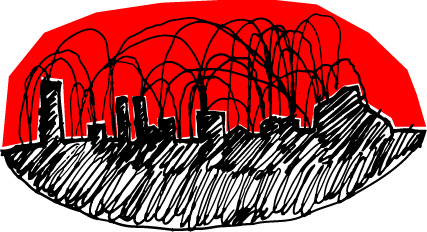 Nonetheless, one element is common to practically all examples we could find: They are made to substitute the virtual for the real world. This is a decisive and by no means necessary or self-evident approach.

Currently, many people show great faith in online-participation as the only possible remedy for a declared “lack of democracy” in Europe and the rest of the world. And even more people are convinced that online-participation – even though it may not be perfect – is definitely better than no participation at all. Among the most common arguments in favor of the virtual world are general accessibility and greater efficiency. While it is certainly true that the internet – in contrast to certain spaces in the city – is accessible 24/7 and that it takes less courage to contribute online – perhaps behind the safe curtain of a pseudonym – than offline, other arguments are more doubtful. It is, for example not so clear whether most people really understand and know how to use the tools that are provided online; neither do we know how much they trust them and so on. These questions are empirical and we shall put them aside here. 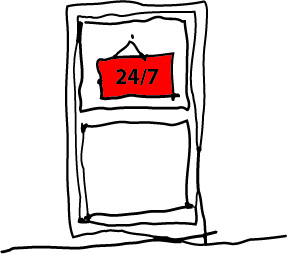 Rather, we shall discuss in how far it is desirable to give citizens the opportunity to participate in local affairs via the internet. In short, our answer is this: Apps and web-platforms are useful technical tools that can be used, so to speak, as magnets for and archives of information. They are very helpful, for example, for citizens who would like to get an overview of ongoing development projects in their city; who would like to report a defect lantern and potholes in their street; who would like to add a suggestion for events or building projects etc.; or who should vote and decide between different options.

However, online platforms are not an adequate medium – we may also use the word “space” – for dialogue, deliberation and discussion! They cannot substitute the coming-together of citizens in the real world.

Dialogue, deliberation and discussion are political activities. “[D]ebate constitutes the very essence of political life” (Between Past and Future, 2006, pp. 236f), as Hannah Arendt pointed once pointed out. Politics deals with public affairs. Political action arises from and always remains bound to those issues that arise solely from our sharing the world with others that is, living in it together with our fellow citizens. These affairs cannot be dealt with by individuals in isolation from others; they require the coming together of a plurality of actors. To be sure, these actors can “meet” online, but the quality of their meeting in the virtual world can never quite match the quality of a real-world-encounter.

Why? Political action is characterised by the formation and exchange of opinions, by rendering judgements and by taking decisions. Opinions cannot be formed, judgements cannot be tested and decisions cannot be taken in isolation from others. Still, they may theoretically be exchanged, tested and taken on the internet, since obviously whatever somebody would like to say, s/he could also write. The decisive and almost generally overlooked factor which neither the internet nor letters or telephones can never replace is individual appearance. The strongest evidence for its great import in the field of politics is the fact that even today the world’s political leaders take the most important decisions only during summits and personal meetings (except for emergency situations when time does not allow them to come together).

It is tempting to overlook personal appearance because it is usually not directly related to the issue at stake; or to dismiss it as the superfluous pursuit of fame and glory or as vain self-agrandissement of megalomaniacs.

“The basic error of all materialism in politics […] is to overlook the inevitability with which men disclose themselves as […] distinct and unique persons, even when they wholly concentrate upon reaching an altogether worldly, material object. To dispense with this disclosure, if indeed it could ever be done, would mean to transform men into something they are not; to deny, on the other hand, that this disclosure is real and has consequences of its own is simply unrealistic.” (The Human Condition p. 183)

But in reality personal appearance is just as important and influential for politics as the worldly issue that is at stake and the personal, material and often conflicting interests that different actors pursue. The personal appearances of different people in front of each other create human relations without which all political issues lose their specifically human relevance and degenerate into purely technical affairs.

“In acting and speaking, men show who they are, reveal actively their unique personal identities and thus make their appearance in the human world […] This disclosure of ‘who’ in contradistinction to ‘what’ somebody is – his qualities, gifts, talents, and shortcomings, which he may display or hide – is implicit in everything somebody says and does. It can be hidden only in complete silence and perfect passivity, but its disclosure can almost never be achieved as a wilful purpose” (The Human Condition p. 179)

“Since the disclosure of the subject is an integral part of all, even the most ‘objective’ intercourse, the physical, worldly in-between along with its interests is overlaid and, as it were, overgrown with an altogether different in-between which consists of deeds and words and owes its origin exclusively to men’s acting and speaking directly to one another. This second, subjective in-between is not tangible […] But for all its intangibility, this in-between is no less real than the world of things we visibly have in common. We call this reality the ‘web’ of human relationships, indicating by the metaphor its somewhat intangible quality.” (The Human Condition pp. 182f) 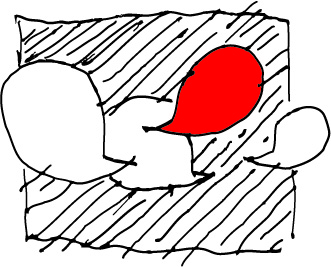 Moreover, personal appearance in front of others indeed raises the bar for participation. It is, so to speak, a natural barrier of the public realm. To appear before others personally takes courage. It takes courage to participate in a debate because the speaker, as it were, has to stand up and get on stage even though s/he cannot control neither who s/he discloses nor how s/he is perceived by others. It is important to note that courage is not a quality that some people possess and others do not, just like fear is not an emotion that one can overcome altogether. “The courageous man is […] one who has decided that fear is not what he wants to show. Courage can then become second nature or a habit but not in the sense that fearlessness replaces fear, as though it, too, could become an emotion.” (The Life of the Mind, p. 36) This means, quite literally, that people can be encouraged to participate in a debate.

At the same time, it is in our opinion not advisable to include those who are not courageous enough to expose themselves together with their opinions in public but who prefer to remain hidden in the dark behind their screens and pseudonyms (this of course is not the case with everybody who participates online, but it can be the case!).

“Courage, which we still believe to be indispensable for political action, and which Churchill once called ‘the first of human qualities, because it is the quality which guarantees all others,’ […] is demanded of us by the very nature of the public realm.” (Between Past and Future, p. 155)

Additionally, coming together personally in the physical world has another advantage over online-participation: Public affairs are always worldly affairs. They relate either to the world of human relations or to the physical world – for example the city – that we share with others. Hence to bring people together in the city brings them closer to the issues at stake than online participation ever could. If, for instance, the new design of a square is to be discussed, a meeting on site is much more impressive and less open to manipulation than any photo-gallery on the internet. For the same reason of “realness” or “liveness” people still go to the theatre, buy tickets for concerts or stop  to watch street performers or simply meet in a bar instead of only watching movies, live streams, youtube videos or meeting on skype.

Of course, online media can be a temporary substitute for personal human relations, but they are rather a shadow than a replica and they work well only when they are grounded in actual personal relations. Everybody who experienced a long-distance-relationship will confirm this. (Exceptions from this rule such as pen pals are precisely based on the mystery of not knowing who the other person actually is.)

The fact that online participation does not match real human intercourse in the real world is actually quite obvious. It is its importance for political action that we tend to overlook. This importance is not relative or secondary. It is elementary! The argument that online participation would be more “efficient” than real-world meetings does not hold simply because politics is not about efficiency. If it was, we would be much better of without involving citizen participation in the first place. A technocratic government of well-educated and benevolent expert-administrators or even dictatorship would surely be much more efficient than any democratic government could ever be. Further, the argument that online-participation is the only way of participation that is possible for most people under contemporary societal conditions (a lot of work, private hobbies etc.) does not hold because it is not normative but merely describes a situation that can be changed (for example by an unconditional basic income).

Consequently, we suggest to use online tools for citizen participation wherever they are adequate. They can provide very good ways to gather and to present information. But we also suggest to avoid them in the realm of political action. Whenever it comes to exchanging opinions, to rendering judgements or to taking decisions, those – and only those! – citizens who have the courage and the initiative to participate should be given the opportunity to come together in the physical world; even if that requires more time than most of us currently have at their disposal or spaces in the city which do not yet exist.

Practically speaking, this means to understand the virtual world not as a substitute for the real world, but, so to speak, as a key to the door behind which the real world unfolds.

PoliticalSpaceMatters by http://politicalspacematters.com/ is licensed under a Creative Commons Attribution 4.0 International License.