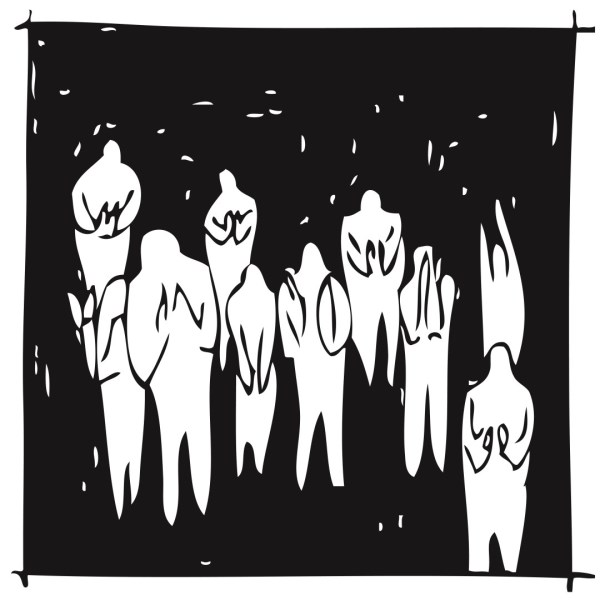 Debates demand courage. Many of us are afraid or at least uncomfortable and insecure when speaking in public; we feel that we can speak more freely among friends and family. It takes courage to participate in a debate because we have to expose ourselves in front of an audience. If we are willing to take that risk – even if it just means to ask a question -, we will be rewarded with a feeling of pride and perhaps the admiration of those who did not dare to speak up themselves.

From an Arendtian perspective, the exposure in front of an audience demands courage because the actors cannot control neither who they disclose nor how their actions are perceived by the audience or how other actors will act and react. With regards to debates, the insecurity mostly lies in the question Will others agree with me or not? The more likely it is that my opinions will differ from or even oppose those of others, the more courage it takes to express them publicly.

“Courage, which we still believe to be indispensable for political action, and which Churchill once called ‘the first of human qualities, because it is the quality which guarantees all others,’ […] is demanded of us by the very nature of the public realm.” (BPF: 155)

It is important to note that courage is not a quality that some people possess and others do not, just like fear is not an emotion that one can overcome altogether. “The courageous man is […] one who has decided that fear is not what he wants to show. Courage can then become second nature or a habit but not in the sense that fearlessness replaces fear, as though it, too, could become an emotion.” (LM: 36) This means quite literally that people can be encouraged to participate in a debate; that potentially everybody is fit to act politically.

In turn, it also means that those who have the opportunity to participate but cannot gather the courage to speak up and expose themselves together with their opinions simply do not act politically. They have little reason to bemoan an allegedly unfair situation or a lack of political influence because courage, so to speak, is a natural border of the political realm which we must not abandon if we do not want to destroy its the specific character. When people have the chance to influence political affairs anonymously, without appearing together with their opinions, decisions or votes, then nobody will be responsible for whatever happens. Moreover, the process of checking and balancing each other’s opinions will be omitted because there is nobody towards whom we could direct our objections. Finally, the fundamental fact that politics is always related to the public, the common, the shared world is more easily passed over, freeing the way for the rule of private interest.

Political action is courageous. Political space encourages participation, but it also demands courage from those who would like to participate; and it celebrates courage as a political virtue.