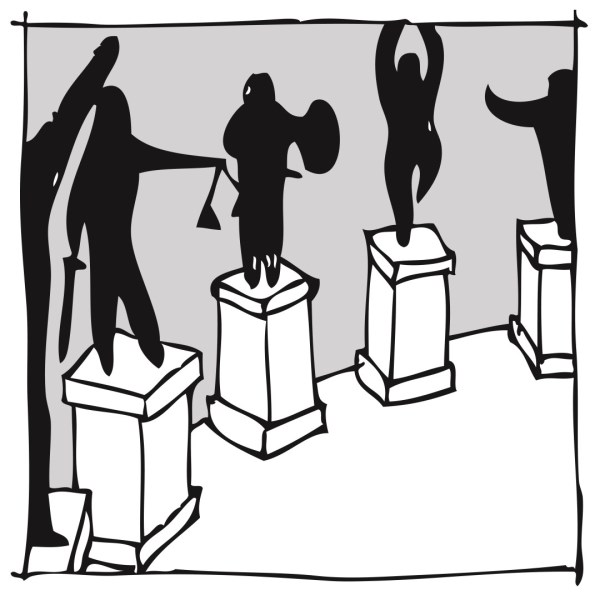 Participation is a matter of principle. We do not only participate in debates to advance or defend our private interests but also or even primarily in order to advocate our fundamental convictions pertaining to a particular topic or concern in front of others.

Arendt writes that there are “a large number of such fundamental convictions that have played a role in the course of political actions” (PP: 194f). Among others, she mentions honour, virtue, fame, freedom, justice and the love of equality, but also hatred and fear. We usually call these convictions principles. They are fundamental because they inspire our actions. They “do not operate from within the self as motives do […] but inspire, as it were, from without; and they are much too general to prescribe particular goals […] In distinction from its goal, the principle of an action can be repeated time and again.” (BPF: 150f)

Principles are very important in the field of political action because they are “what saves the act of beginning from its own arbitrariness” (OR: 212). Every act, insofar as it is the beginning of something new, is not fully explicable in terms of cause and effect. Since what happened could have happened differently, it must seem random from the perspective of the world, at least to some extent. This arbitrariness, however, can be explained away with the help of the principle that inspired the actor, whose actions therefore become comprehensible.

But it is not only the act which depends on its principle to avoid arbitrariness. In turn, also the principle depends on the act in order to appear at all. There would be, in other words, no general principles if it was not for the concrete actions which express them. Hence as long as we still believe in justice, equality, honour, virtue and the like, we must give these principles opportunities to become manifest in the world in the form of concrete actions since otherwise they will just disappear. To be sure, we are free to act on principle in many different situations; but only few of these are predestined, as it were, for principles to appear in the world. A debate is one such occasion.

“[T]he manifestation of principles comes about only through action, they are manifest in the world as long as the action lasts, but no longer. […] Freedom or its opposite appears in the world whenever such principles are actualized; the appearance of freedom, like the manifestation of principles, coincides with the performing act. Men are free […] as long as they act, neither before nor after; for to be free and to act are the same.” (BPF: 151)

To act politically also means to act on principle. Hence it is political space where our principles, our fundamental convictions become manifest.